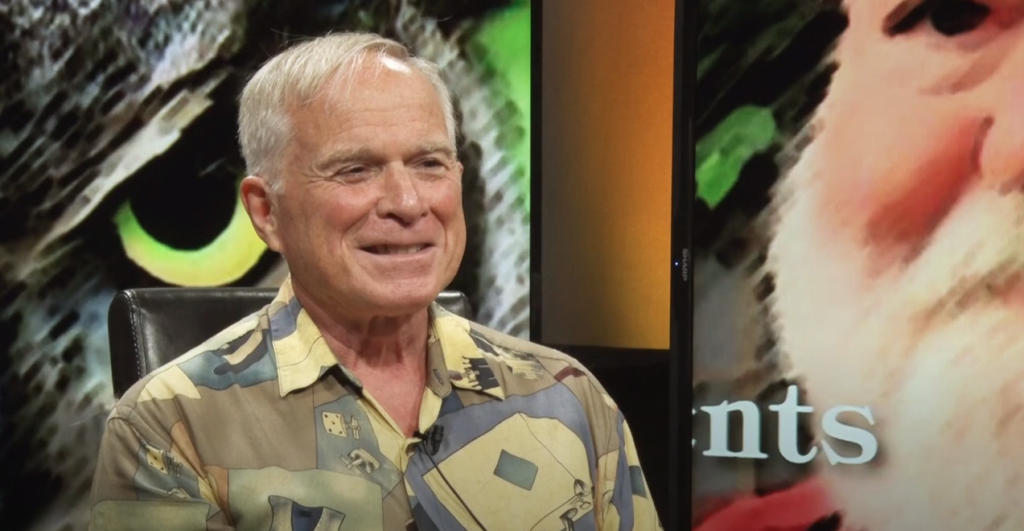 On Tuesday, 2 August 2022, I was interviewed by Frank Falvey, host of Frank Presents, at the Franklin Community Cable Access TV Studio in Franklin, MA.

I was last interviewed by Frank on Friday, 5 April 2019. It was great to see him and to share with him the progress made with my writing since that last interview. At that time in 2019, we had discussed the first two books in the Penitent trilogy. In the latest interview, I was able to talk about the first three books of The Immortality Wars series, as well as the completion of the manuscript for the fourth book, the Pilgrim – Part I.

A view of the first trilogy in The Immortality Wars series, as well as Stephen King’s Hearts in Suspension (2016).

We also discussed the chapter I have written in Stephen King’s book (November 2016), Hearts in Suspension. Based on King’s book (1999), Hearts in Atlantis. Hearts in Suspension is a collaboration with twelve of Steve’s former classmates and friends at the University of Maine at Orono from 1966 to 1971. It provides not only a glimpse of these tumultuous times but offers a glimpse of King’s life during this era of student activism and antiwar protests.

I also discussed with Frank an eBook I published in March of this year, Send Down the Master in Person: Reflections on Adolf Eichmann.

This poem is a tribute to my parent’s generation. It pays homage to those who fought for the Allies and to those who contributed to the Allies’ war effort against the Axis powers. While it is about Adolf Eichmann, it also refers to the evil that existed in the world, especially the horror unleashed by Nazi Germany, and the hell that Hitler and his ilk waged against humanity. The poem reveals a critical raison d’être of the war. It touches upon the importance of and the sacrifices made by the Greatest Generation in defeating this dreadful scourge of genocide, and its ability to vanquish such insufferable barbarity. 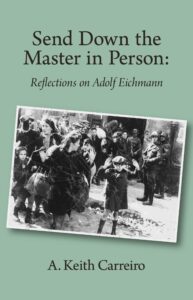 Front cover image of Send Down the Master in Person: Reflections of Adolf Eichmann (March 2022).

It is ironic that the face of evil seems often clothed in plain sight. Send Down the Master in Person: Reflections on Adolf Eichmann is dedicated to all those who suffer from such wicked bigotry, hatred, and intolerance.

I have received some outstanding editorial reviews to date. Here’s one of them quoted below:

5 Stars – Congratulations on your 5-star review!

“Send Down the Master in Person: Reflections on Adolf Eichmann by A. Keith Carreiro begins with the author’s exquisite poem about “The Greatest Generation” or World War II era soldiers, families, victims, and others living and dying in the shadow of the Holocaust and Adolf Eichmann. Told from the point of view of a fictional Mossad agent, this annotated poem rises to the level of important literature, accompanied by historical facts that follow it. Part art, part history, part fiction, but all a piece of work that gives a bow and a word of gratitude to everyone affected by this dark chapter in history.

“Carreiro has a talent for blending history with poetry, which makes for an irresistible read. The author goes from sweeping generalized observations of the horror of the Nazis to fine details that make you feel that you are right at his side witnessing it all, and living it all. In a way, you feel that you are taking in a film, listening to the narrator 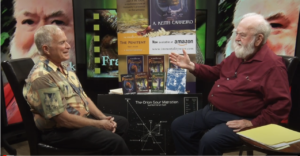 explaining what is unfolding on the screen, or in this case, unfolding in the past. The words reach deep to pull out painful imagery, then take you to lofty heights that reflect both hope and tragedy. The poet seeks to take us into the mindset of war and those who perpetrated and endured agony and death.

“The phrasing and word choice never let you forget you’re reading a poem, but later, in the endnotes, you feel taken into almost documentary-style facts and images. It’s amazing how the author brings history to the present with words and photos, which makes it easy for readers to compare past tragedy to modern-day pain and strife, and hopefully, learn from it. Send Down the Master in Person by A. Keith Carreiro would be perfect to have in a classroom, library, or individual collection. Don’t miss this transformative work.”

I hope that you enjoy watching this interview. Please let me know if you have any comments you would like to share with me.