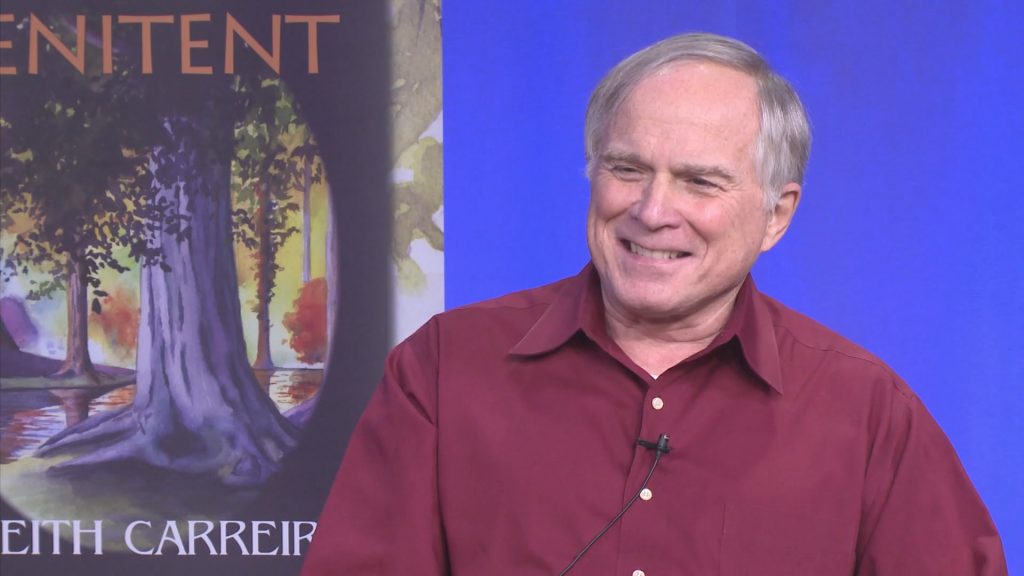 “Books and the World” Interview with A. Keith Carreiro

“Books and the World” Interview (January 11, 2019) at the Cape Cod Community Media Center in Dennisport, Massachusetts.

“What will human nature and its relationship to science and technology be like 500 years from now? Keith’s musings have taken the form of a trinity of trinities, a nonvolume saga called The Immortality Wars. The first of three trilogies, it’s called the Penitent, of which we are discussing Part I (2014) and Part II (2017) today. These two parts seem to be planted culturally in 12th century Britain, but with some differences, I think, of Christian politics.”

(1.)  Thanks to the following listed individuals in helping make this interview possible:

(2.)  Photo and video courtesy and permission of the Cape Cod Writers Center.