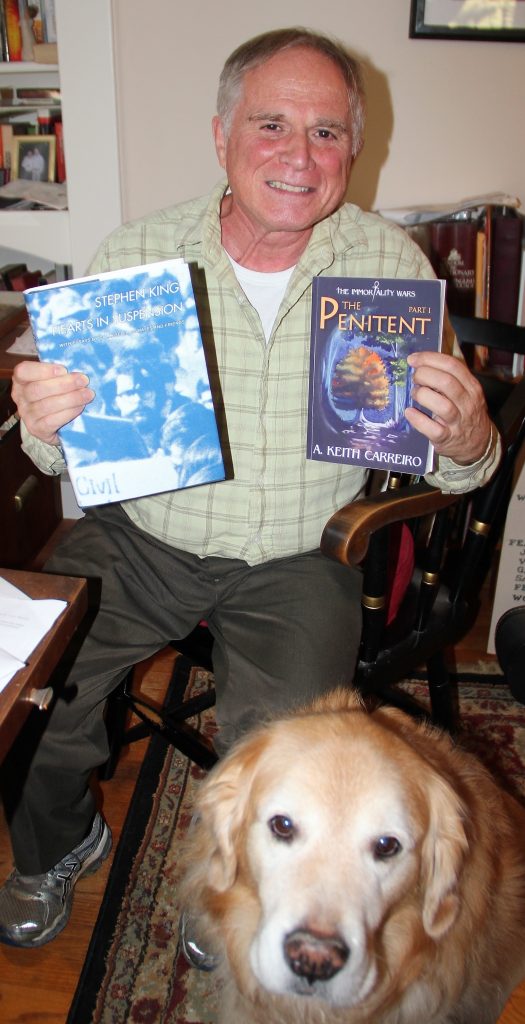 On Wednesday, November 16, I was interviewed by Bill Hall, Associate Editor of The Spectator, a weekly newspaper that serves the two towns of Somerset and Swansea, Massachusetts.  The article ran in the paper for the following week of November 23rd.

Bill is one of the most dedicated reporters I have ever known. I don’t think the man ever sleeps. He’s all over the news in Swansea and Somerset, covering everything that occurs in the schools, in the town government and of local interest. I have gotten to know him through his reporting of the Swansea School Committee meetings, as I have had the honor of serving on this committee for three terms now.

It was also an honor to have my first media interview conducted by him. Bill asked me questions about the chapter I wrote in Stephen King’s nonfiction book, Hearts in Suspension, which is entitled, “Crisis of Conscience: War and Peace at UMO”. The book was published by the University of Maine Press. All proceeds generated from its sale are given to the University of Maine Press to help the staff better serve the state of Maine and the Canadian Maritimes in publishing research that will benefit scholars and the disciplines they serve that is conducted in these communities.

Bill also wrote about the writing I have done in my series The Immortality Wars, and the inspiration behind it. I talked about the basic ideas that generated the Penitent, and how I have split the 168,000 word story into three parts. 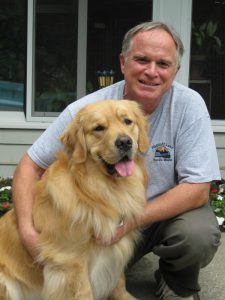 Gandalf and that other guy a few years ago . . .

The caption for the lead photo above was made by Bill. I thought his reference to the picture was spot on!  Every decent actor knows that when s/he performs a story alongside an animal, the animal upstages the human. What is particularly amazing to me is that Gandalf normally is camera indifferent. To get him to pose for a photograph requires a requisite amount of coaching and bribing with treats offered him to “pose” for the portrait being made.

During the interview with Bill, Gandalf was on the floor next to where I was seated. When the interview was concluded, Bill took his camera out to take a picture.  Gandalf literally jumped up to a standing position and immediately posed—as you can see in the photo above—for the picture to be taken as though he were an old Hollywood hand. I’ve never seen him do such a thing.  It’s good to know that he is helping me out with the marketing . . .

Some great news:  the Penitent – Part I is now available at Amazon.com in two formats—eBook and paperback.

I did not think that the paperback version was going to be ready until a week or two after Christmas. However, the folks at Lulu.com and Amazon did some amazing work, and it is now being offered to readers in time for the Holiday Season.

I am now getting ready to organize a combined marketing, promotional and sales plan to get the word out to the public about the writing I have accomplished in the last two years.  I never thought this day would arrive. So I am stunned that it has become a reality.

Please stay in touch with me in this regard. I am hoping to appear locally throughout southern New England and getting a blog tour going so that I can reach beyond this part of the northeast . . .

The Canadian Maritimes covers the eastern region of Canada and contains the provinces of New Brunswick, Nova Scotia and Prince Edward Island.