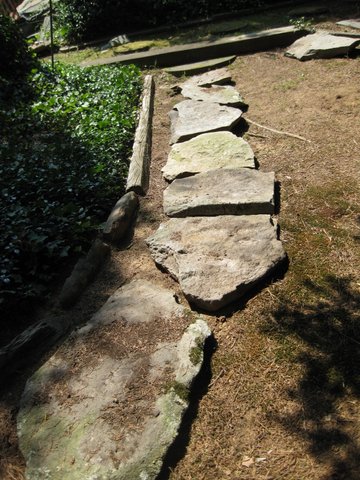 In looking back at the World War Two era, I wondered if I could write a poem that honored my parent’s generation, especially in terms of describing what they were fighting against. From Bascomb’s novel, I took a quote by Heinrich Himmler in reference to Adolf Eichmann (1906-1962) and titled the poem, “Send down the Master in Person”.

The poem was originally conceived and written on May 11, 2014, which also happened to be the same month and day when Eichman was captured in Argentina by the Mossad in 1960.

I spent the first half of May working on this poem. I carefully kept track of the research and used it as my writing notes and references at the end of the poem.

I had never attempted to write a poem quite like this one. It is dark, haunted and filled with utter dismay that such willful slaughter and torture occurred through the hands of modern day men. I will never be able to understand what was so grotesquely unleashed on these concentration camp victims.

However, what I can see is that evil itself openly and contemptuously flouted its power in front of civilization’s eyes. The sprawling war that occurred throughout the world between allied and axis forces was not one merely fought between contending mortals and nations, but one in which horrific ideas and deeply misguided principles morphed themselves onto hell itself.

Such wartime evidence of this kind goes far beyond the realm of men and women and leads to another dimension in its entirety where war of a similar kind is waged as well. It spilled over then into our world, corroding and poisoning our sense of reality, justice and moral behavior.

It doesn’t matter whether or not one is a believer, an unbeliever, or someone caught between both points of view.  The genocide conducted during that time, particularly on the scale practiced during the 1930s and 40s in Europe, the former Soviet Union, Asia and on nations and island peoples of the Pacific Ocean, is evidence enough of corruption in the human spirit of the utmost sinister and degrading kind.

I believe we live in a world today that is directly shaped by the events my parents witnessed. I do not think that the brutal demons of war raging then in the hearts of humanity were utterly vanquished. They still are present today and gather their forces together for another great conflagration. Its fires are being fanned even now as I write this entry.

After all, despite the argument I am voicing here, doesn’t history simply repeat itself? Haven’t we, at least, seen that humanity does not learn by its mistakes?

Such is the ground for much speculation about not just the present, but the future, too. What is in store for my children, their children and beyond?

Heading toward the end of May, I felt a closure and satisfaction of reaching the goal I had set myself on the eve of 2014. The resolution to update and gather together all of my poems in one collection was realized. I felt strong enough to tackle the questions raised in the above paragraphs.

Instead of writing another poem, or even a cycle of them, I thought that I could better address these concerns in prose form. I had no idea what might be written. Yet, this matter was of vital importance to me. I felt that I was at the moment of inception about this concern. There was a poetic tension that became as a bowstring being pulled slowly and steadily back. There was no arrow nocked on the string, but something soon was about to be place there.

With this percolation in motion, I happened to read Ray Kurzweil’s (2006) book, The Singularity is Near: When Humans Transcend Biology. I read it through three times in five days.

Complementary to peering alongside Kurzweil’s glimpse into the future, I turned my attention to our national founders and read biographies on Jefferson, Adams and Washington.

I started thinking about the course of history, its trajectory and its destination. I gathered together more sources, and eagerly read more historical material along with what certain futurists were saying about civilization’s fate.

A thought experiment began to form in my mind. However, I felt that I needed to concentrate on some old writing heroes of mine. So I turned to the writings of J. R. R. Tolkien, C. S. Lewis, George MacDonald, T. S. White, Frank E. Peretti, General Lew Wallace, Lloyd C. Douglas, Stephen R. Donaldson, Terry Goodkind and the Brothers Grimm. I also read the respective works of Lee Child and Raymond Thornton Chandler.

These were as stones as rare and so delightedly found in the wilderness of a writer’s soul that were brought back from sundry places and assembled loosely together, but not at all like in the order shown in the photo above. These literary path stones and consuming ideas were placed in a loose confederation.

I think they were waiting to be moved by the hand of inspiration, by the sweat of dreams and by the birth of wonder. They needed the touch of a prescient or farseeing storyteller, one who could stare into the future, peer into the past and write as if both were in the present . . .

Quite moving Keith…And it amazing, to say the least what our parents and relatives endured during WWII.. And, our generation, Vietnam War Veterans that still endure the pain of that conflict. My beloved Uncle, an Airforce Pilot, is still MIA to this day, after his plane was shot down; though he has a gravestone in Arlington Cemetery, there are remains beneath it…

What they experienced and the stories they told me, as well as the incredible individuals that they were, helped inspire me to write stories.

Your Dad served our Country well! What he endured in the horrors of WWII, in foreign countries is terrible! God Bless him for his service to our Country..

Keith very well said! I agree with your observation regarding an “unseen” war washing over into our reality. As you know I filled ” boots on the ground” in that godless PLACE. The evil that men are inspired to commit is gut-wrenching.

Hi, Frank: Great to hear from you. Thanks for reading my post, and for commenting. I am glad to hear that you confirm my belief about the unseen war. That understanding constitutes a major part of the story background in the Immortality wars series. Best, Keith

God Bless you Mr. Thibodeau for your service..

Keith:
You have hit a deep vibrating and pounding chord that is difficult to react to with any appropriate words. However, I will at least try:
Wasn’t it Mark Twain who said, “History does not repeat itself but it rhythms”.
So thank you for reminding us not to forget that immoral era and learn all the imperative lessons from it. Hopefully, “never again” really means “never again”.

Robert,
Thank you for your comment. The quote you cite is an amazing one because the rhythms of history are definitely there and quite palpable. Good and evil are eternally pitted against each other. In terms of who originated the quote, I checked it out, and have put an excerpt of Popik’s statement about it below:

“History repeats itself” is an old proverb. “History doesn’t repeat itself, but it does rhyme” is often credited to Mark Twain (1835-1910), but there is no evidence that he ever said it. The “rhyme” variant has been cited in print (and credited to Twain) since at least 1970.