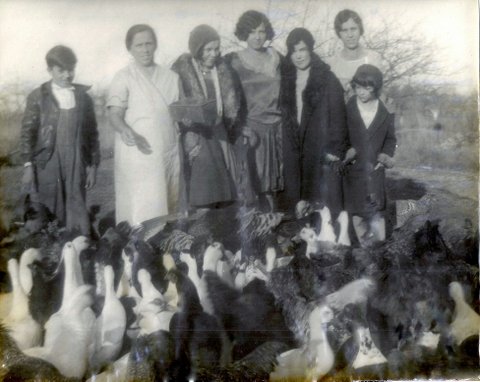 Although I am an only child, I had the opportunity to be raised by a variety of people in my extended and immediate family. When I became a toddler, my parents worked full-time and that left me in the loving hands of my father and mother’s respective families during the daytime. Often, I would spend overnights with them.

On my father’s side of the family, I spent a lot of time with my Vavo, which is the Azorean word for grandmother. Looking back at that time now I more deeply appreciate and see how blessed I was in many ways to have had this experience.

My grandmother refused to speak English. She stayed with her mother tongue, which made me learn to speak a very rough form of Portuguese. I wish that all of the adults around me at that time had forced me to speak the language of my grandparents. Instead, my father’s generation turned more to their new country’s ways. Part of that desire was realized by my speaking English from the beginning of my life. They were Americans now; time to turn away from the old country.

Yet, when the “younger generation” was not around and I was left solely in the care of Vavo, Azorean was the primary method of communication. My Vavu, or grandfather, was a distant, but very powerful presence.  Vavu spoke only Azorean to me. He left a huge influence on everyone in the family. They both did, truly.

The main house, a farmhouse, was rebuilt by Vavu when the original one burnt down. He bought this Swansea property, consisting of about 95 acres, in the early 20’s. Born in 1880, he came to this country in 1903, preceding Vavo, who had remained behind on São Miguel, the largest and most populated island in the Portuguese archipelago of the Azores.

Vavo (1883–1977), Ermelinda, was three years younger than her new husband, Jose (1880–1952). Both of them attained legendary status to me. Their children, in order of their births and respective life dates, also, are as follows:

There are three unforgettable storytellers here, and they left an indelible impact upon me. My father and Tia Rose told the stories of their growing up in their new country throughout the early decades of the 20th century. Tia Rose vividly recalled Armistice Day (November 11, 1918). She often described to me what people were doing when all of the church bells in Fall River peeled throughout the latter part of the morning on that day, which marked the end of the hostilities on the Western Front of World War I (28 July 1914 to 11 November 1918).

Her story had many moving parts to it. She also talked about the impact the Great Influenza (1918–1919) had on the southern New England area. How wood became a precious commodity. Fences in the city were being stolen for their wood. So many died that there was a scarcity of it left to make coffins. Throughout the winter of that year, people were not being buried because of the severity of the cold temperatures. The ground was too frozen to dig adequately sized graves, and the amount of bodies that were amassed overtook the area funeral homes’ abilities to bury them all.

My “Aunt” Evelyn was the only survivor of her family. A funeral was held for them in Fall River during the winter of 1918–1919. Vavu put the horses in their traces onto one of their biggest wagons. He gathered most of the family together and drove nine miles into Fall River. The snow was up to the hubs of the wheels on the wagon. Arriving at the funeral home and in paying their respect to this tragic loss, Vavo took pity on Evelyn. Evelyn was in a basket next to her mother’s coffin. Vavo told her husband they were taking Evelyn home with them in order to take care of her. 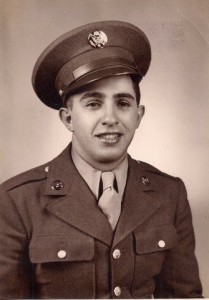 My aunt and my father told me about their lives on the farm, what life was like for them then, during the 20s, the era of the Great Depression (1929–1939), and the War Years (1941–1945). Even though they constantly stressed how tough these times were for them, how brutal the work was that they had to perform, and how awful it was in terms of financial duress and sacrifice, I could always see them attain a glow about them when they told these stories.

It was as if they were immediately able to transform themselves into the past. The child who was from the 1950s listening to them was taken with them back into the past. Ironically, the past became more real during those times than the present.

Stories of my Vavu were often told. As every immigrant from foreign lands learned in first coming here, our streets were not paved in gold. Brutal discrimination against each culture arriving in the States was manifested by the “natives”. The Germans, the French, the Irish, the Italians and the Portuguese were sequentially treated upon their arrival on America’s shores with stereotypical and bitter enmity. For example, the Azorean and Portuguese men that Vavu was with were not allowed to drink inside a bar. They would send their young sons to the back door with an empty pitcher and some money. The boys would pay for the beer when the bartender deigned it was time to do so. When the bottom of the barrel of beer was reached, the boy might be proved lucky in getting a somewhat full pitcher to bring back to the men outside waiting for him. Often, the men inside would come out, taunt those waiting for the beer and fists would fly.

One day, Vavu being fed up with this callous treatment and rough disregard, went home. He went out to the nearby woods and selected a sapling ash tree to cut down. He made a staff from it. Returning to the bar he walked in through the main door, something strictly forbidden for him and his ilk to do. In short order, he “cleaned” the place out. From that time, the place was called “Joe’s Bar”. No one from the islands or mainland was ever turned away from, or insulted again, there.

Vavu was steeped in the martial art of jogu do pau (“game of the stick”). He could take an oak–handled broom, place the handle on the edge of a table so that one foot of it stuck over the edge and break it off using only the index finger of his right hand. His feats of strength were legendary and many stories were told by not only my father and my aunts, but by those who visited us as well.

Most of the family meetings occurred in my grandparent’s basement. The kitchen and dining area were in the same room. Adjacent to it was a large pantry and then a furnace room that included a narrow area where all the food was prepared and the breads were made. Besides being the best cook I have ever known, my Vavo was reputed to be one of the Azores finest improvisational singers.

Often, cantodores (singers) would visit, stay for hours at a time and music would spill over into our lives with much laughter and delight shared between the musicians, singers and audience. A musical style called Fado (fate, destiny) would pour forth and the fadistas (Fado singers) present were some of the finest in our area, some even coming from the Azores and the mainland as well to visit with us.

Vavo would mostly listen, clap her hands and tap her feet in response to the entertainment. Eventually, she would be called, in song, to sing. This usually took the form of a challenge or insult, to which she would eventually, and seemingly grudgingly, respond. At that point, the Fado transitioned itself into a different style of music that was brash, bright and still hauntingly beautiful.

When my grandmother sang, even when in her 70s and 80s, I could literally see the years slip away from her. She became a brilliantly inspired woman, young, passionate and filled with the fire of life.

My aunts, who took turns sitting next to me, would translate the rapid–fire lyrics as they were being levied against those present whose attention a particular challenger had raised. These song duels, or cantigas ao desafio, were extraordinary. Philosophical, sublime, insulting, and cutting straight to the heart or personality of those being singled out for ridicule, these desafios revealed the soul and spirit of the Azorean worldview.

When I was seven the musicians let me join them. I played my American, classical guitar with their Portuguese instruments, consisting of a guitarra Portuguesa, a couple of steel string acoustic guitars and one to three mandolins. I played this music until I was sixteen. Holidays were my favorite times because we went throughout the area playing our music. I was able to gain a glimpse of music that has stayed with me ever since that time. Laughter, love of family, and the lessons of life were encapsulated in these experiences. I did not know then how blessed I was to have been a part of it all.

I’m not sure that I have even adequately portrayed the richness of these storytellers in my life. I can say that the mythic spell woven onto me by the vast storehouse of stories, songs, music, and dance I was exposed to, from the earliest memories of my youth, made me hunger and yearn for more of the same. Maybe I had the right stuff within me that could help me create my own stories, too?

Of all of those people mentioned here who filled my childhood with their own light, darkness and life energies, only my father remains. I hope I can do them, and him, honor. Perhaps, I have told an American fado of my own making . . .

What an amazing story!