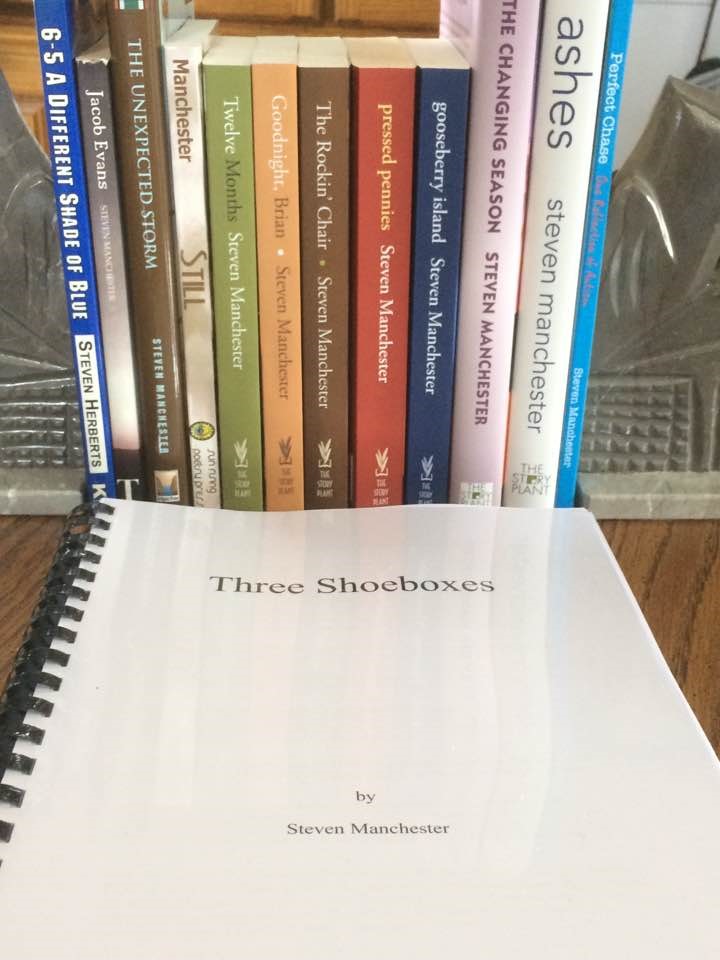 The Transcendent Writing of Steven Manchester 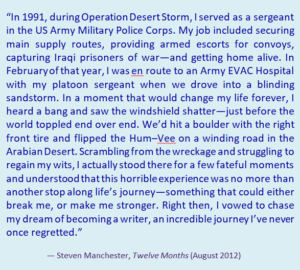 When I read Steve’s words depicted above about the genesis of his lifelong commitment to writing I felt awed by how he was able to take the raw savagery of war and the brutality of combat into such transcendent meaning. I thought, This is someone who is able to take whatever has shattered against him as an opportunity to turn it into the promise of life rather than its end. I admire this ability. I think it is a rare gift. A blessing.

When I first met him that sense of fulfillment radiated through him and still does, perhaps even more so now. It was one of the first traits in his character that I noticed. It is part and parcel of who he is. This sense of purpose, while being apparent on the surface of his nature, is nevertheless understated. Yet that is one of the main strengths that he has in his arsenal of being.

I believe that Steve’s writing is not based on superficial serendipity, but it is rooted in the raw experience of living life. 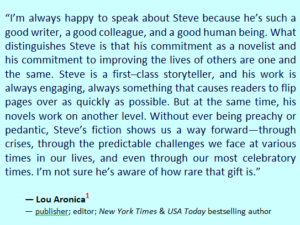 For example, Brad Cowen and Steve are the best of friends; and, as a matter of fact, they consider themselves brothers with one another. They have been like family for 30 years. They worked in the prison system together. Brad watched Steve’s children grow up. And, likewise, with Steve watching Brad’s.

Brad has seen Steve mature and go through an amazing series of steps to get where his writing is today. For instance, he saw Steve work as a comedian for a couple of years. However, Steve stopped trying his hand at it because he would be out on Friday nights. “He stopped going because of his children. He wanted to be with them instead,” Brad explained to me.

Brad chuckled when he told me, “The only time Steve lights the fire in his fireplace is when I play Santa.”

They have been involved in doing a lot of charity work, such as volunteering at the Massachusetts Department of Youth Services and speaking with troubled youth. Both men channel their energy into an annual charity event called “Laughter & Wishes” that they created. They connected with comedian Joe Holden who helps them bring together other area comedians to raise funds for children who have life–threatening illnesses. 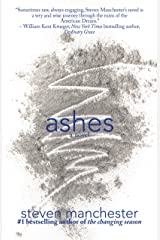 They have raised a lot of money over the last ten years. They work diligently at it and are passionate about what they are doing to make the world better for people. 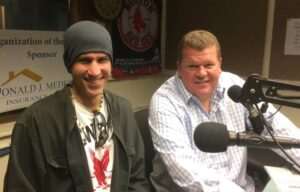 Artist Brian Fox with Steve at the launch of Ashes (Photo courtesy & permission of Steven Manchester.).

The artist Brian Fox also helps in this regard. Brad said to me, “Steve and Brian are humble people with an amazing talent given to them by God.”

Brad had a daughter named Amber. One day, she was murdered. It devastated him. When he shared this experience with me I felt as though I was smashed with the crushing blow of a sledgehammer.

“Steve wrote an amazing poem for my daughter.2 It is one of the most powerful pieces I have ever read in my life. I shed a lot of tears over this loss,” he said.

Loss is at the center of our existence; however, Steve also provides a testimony of love being fundamental to our life’s experience as well. It takes such courage to do so and to have such hope for a better world. Whenever, which is seldom enough, I put these seemingly disparate realities together it seems as though I have just placed a thin, tenuous bridge of faith across suffering. It doesn’t take the pain away but it does give me an opportunity to draw a breath of optimism, something that is rare enough today.

Here below are the remaining questions and answers from my interview with him:

What literary pilgrimages have you gone on?

“There have been many. The most memorable has been our visit to Paris, where we visited the writing spaces of Victor Hugo (Les Miserables and The Hunchback of Notre Dame) and Alexandre Dumas (The Three Musketeers). Just being present in these creative spaces had a profound impact on me.”

What other authors are you friends with, and how do they help you become a better writer?

“I’m friends with hundreds of writers—to include Keith Carreiro. I can honestly say that I’ve learned from each and every one of them. This usually refers to the creative process rather than writing mechanics. I’m a student of the game and I’m committed to playing the sponge; anything that makes my writing stronger.”

How did publishing your first book change your process of writing?

“The biggest impact of publishing my first book—it made me a believer. It confirmed that all the time and hard work put in can actually pay off. My process has matured quite a bit over the years, with the greatest change being efficiency.”

How do you balance making demands on the reader with taking care of the reader?

“I believe that my job as a writer is to create a world in which my readers can escape. For me, this shouldn’t just be a brief escape, but an emotional journey that will hopefully stay with them for quite some time.”

What do you owe the real people upon whom you base your characters? 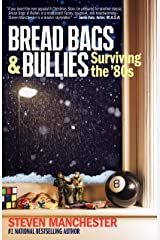 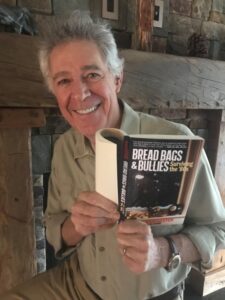 How many unpublished and half–finished books do you have?

“I have multiple unpublished and half–finished books, but I’m fortunate in that I tend to use the material in new works. It’s like the unused material that lands on the editing floor. It often doesn’t stay there too long.”

What’s the best way to market your books?

“Unfortunately, much of book marketing today takes place online—on the Internet. For me, nothing replaces the value of a personal touch. I attend as many events as I can. I talk to my readers whenever I can. When someone reaches out to me, I reply. It’s so important to be approachable, as I understand that readers are an intricate part of my writing journey. Without them, there’s no real reason to spend the time and effort.”

What kind of research do you do, and how long do you spend researching before beginning a book?

“I love conducting research for my novels nearly as much as I enjoy writing them. I’ll spend as much time as it takes. Sometimes, I’ll have to research midway through a novel. Usually, however, I get the lion’s share of it done before I actually start the writing. And I enjoy every minute of it. Even in fiction, the details have to be believable and relatable.” 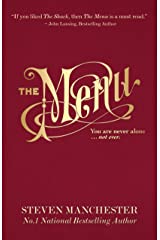 Have you read anything that made you think differently about fiction?

“I absolutely love when authors change perspectives. As an example, Garth Stein wrote Racing in the Rain from a dog’s point-of-view. Absolutely brilliant. Whenever we have an opportunity to look at something from a different angle, it’s an amazing gift.” 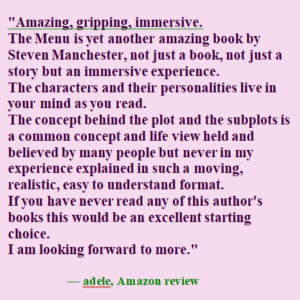 How do you select the names of your characters?

“Usually, the main characters’ names are selected before I start writing the book. It’s important to begin with a name, creating the layers from there. For secondary characters, the names normally get added last and it’s usually a place where I can pay homage to those whom I love or who have had an impact on my life. We call it a ‘wink'”.

Short term; long term: What do you hope to achieve in your writing?

“I’m not sure there’s much of a difference between my short term and long term goals. I’m fortunate in that I only compete against myself. That said, it’s important that each book be as good or better than the one that came before it. In the end, it’s all about producing a body of work that my grandchildren’s grandchildren can be proud of.”

Why is networking important to you?

“Networking is important to everyone. It’s a key ingredient toward growth. Whether it be creating new opportunities, or expanding my readership it’s important to be out there in the world connecting with others.” 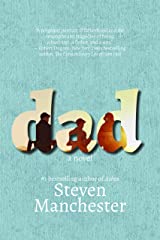 I close this article with the hope that I have been able to provide you with a glimpse into Steve’s life, and that I have provided you with a sense of his artistry and creativity. Life is filled with tragedy, loss, and hardship for all of us. None of us escapes from bearing the burden of living. When someone like Steve Manchester can tell a story containing such pain and then transform this agony into a newfound sense of closure, perhaps even joy—I call that a transcendent victory. Steve Manchester is such a gifted storyteller.

I look forward to hearing from you.

“Take TEN with Steven Manchester, Author of THE MENU”, by Cyrus Webb.

Lou Aronica became Steve’s publisher with Twelve Months, and The Story Plant will publish its twelfth Steve Manchester book this summer. Lou is the President and Publisher of The Story Plant. 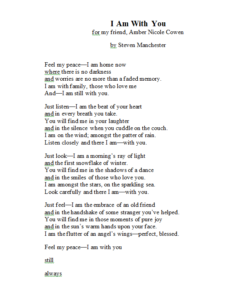