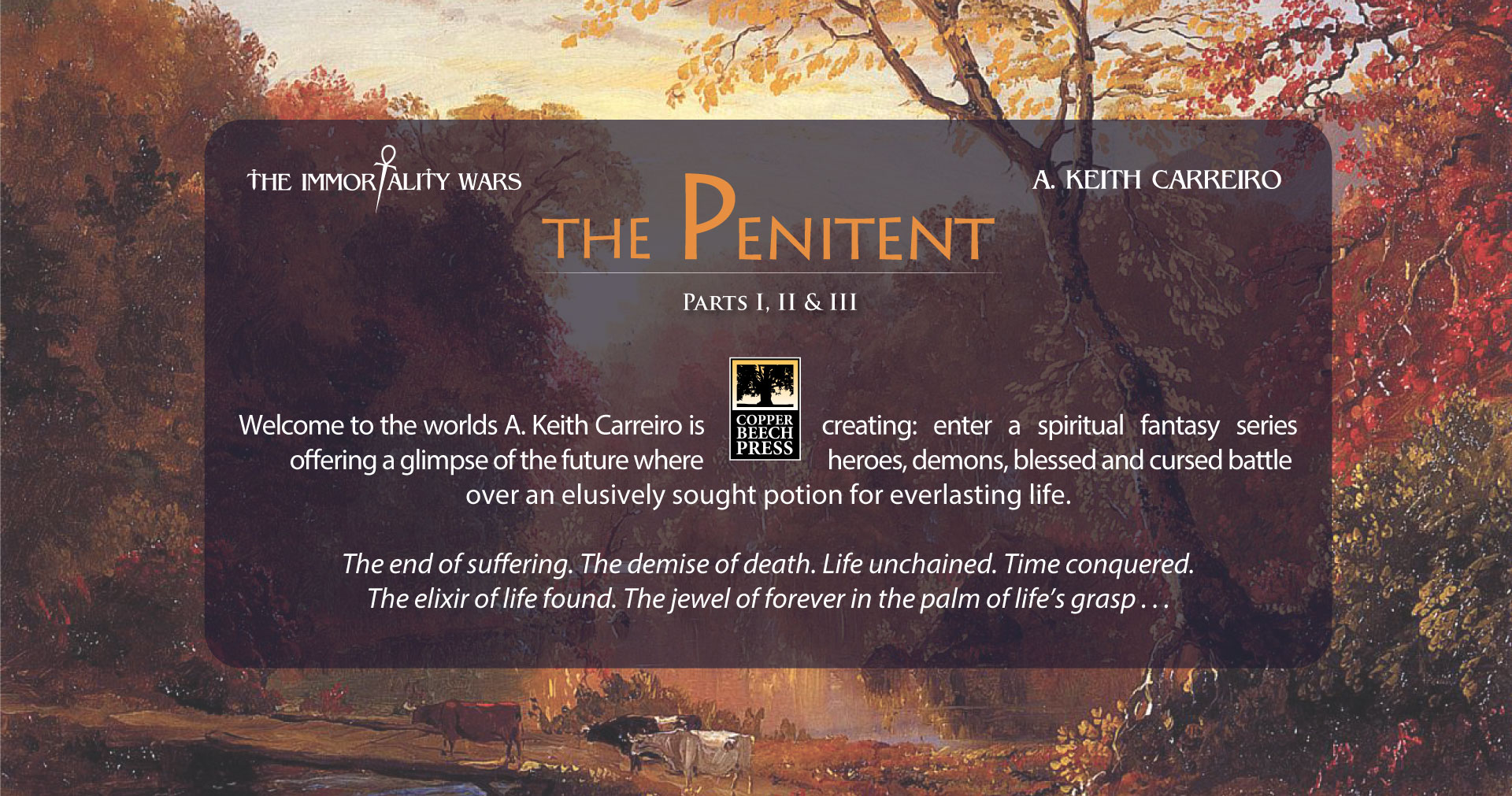 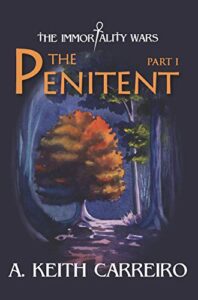 the Penitent – Part I

Pall Warren lives in a world filled with unrivaled natural beauty, constant struggle and shifting perceptions of reality. The time frame of his story is set in a medieval context. Peace over the land he lives in is an illusion only. Pall discovers that war not only must be waged against competing interests within his own land, but also against unnerving entities filled with extreme malice toward the human race. As the journey to discover who he really is unfolds, he learns that appearances are not at all what they seem to be on their surfaces.

This story is ultimately about the battle between faith and disbelief, as well as how hope and cynicism clash against one another in the human spirit.

Can the ultimate basis of truth be found? In Pall’s quest for meaning, can virtue be used to combat and overcome evil?

“This brilliant book is a must read for science fiction and fantasy fans, or for anyone who enjoys reading some good old–fashioned escapism. The Penitent is a smart debut novel by A. Keith Carreiro. I found this multilayered story to be fast–paced and elegantly written at the same time.” 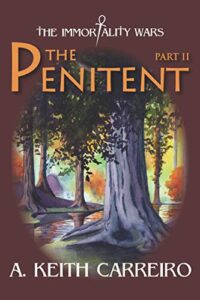 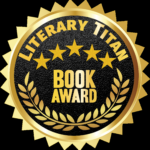 Hidden in the bottom of a roadside ditch as a baby, Evangel is only steps away from her viciously murdered parents. An old hermit finds her there a day later and takes her to his home in the heart of a sylvan wilderness. She is raised in a hermitage built by Matthew where he learns she is touched by a rare spiritual power.

17 years later a series of miracles occur that rock the very nature of her reality. Befriended by outlaws and a king’s champion, she is also betrayed by a woman of the cloth during a bard of the realm’s performance. That night, in a dream, Evangel envisions her future soul mate, Pall Warren, on a battlefield of death, and casts a prayer of protection around him. Thus begins a remarkable journey to save herself and those who believe in her.

A hauntingly beautiful and startling tale of wonder.

Imaginatively and elegantly crafted, this second novel in the series by the talented A. Keith Carreiro immediately pulls you into the story. An intriguing concept is developed, which creates a world ahead of and behind the current time. The characters are so cunningly rendered that you easily transport to this world and its events, indeed, become spellbound to see how they unfold. A must read for any fan of science fiction and fantasy. I enjoyed the book immensely and look forward to the next installment!” 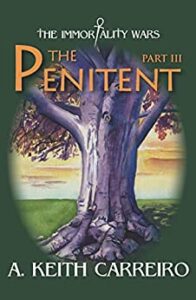 What would you do if the gates of hell literally opened before you? 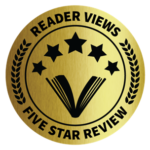 In search of John Savage, Pall Warren encounters the destructive power of evil arrayed against him. Even though loss ekes a toll upon his life, he summons the strength and courage to continue his quest for meaning. He learns that the role he must play by determining who he is forms an integral part in the destiny of everyone around him.

His journey inevitably takes him to the port city of Seascale where he soon discovers that the realm of West Fündlund is also imperiled and under attack by the renegade priest Kosem Mungadai, a thaumaturge of the 13th level in the occult arts.

Evil unleashed. Goodness embattled. A spellbinding story erupts onto the pages of the concluding novel of the Penitent trilogy.

Will Evangel’s prayer of protection still surround and preserve Pall from wickedness? Are courage, strength of arms and the blessings of love capable of enduring and overcoming the corrupting power of malign forces seeking the utter ruin of his world?

Set in the past, cast in the future, comes a cautionary tale of humanity’s presence in the universe.

“Another piece of the puzzle falls into place in this riveting third installment of The Immortality Wars series by the imaginative writing of A. Keith Carreiro. With a unique blend of science fiction, fantasy, and intrigue, this thriller has plot twists and a jaw–dropping end that will leave you anxiously awaiting the fourth book in the series.” 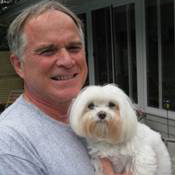 Keith lives in Swansea, Massachusetts. He has an abiding love and passion for the visual, literary and performing arts. At an early age he started playing the classical guitar and studying privately with Maestro Joseph Raposo, Sr. (Boston Conservatory of Music) until he was 17. He started writing poetry in high school. Reading, music, storytelling and movies became singular passions for him, all of which set him on a lifelong path of exploration in creativity.