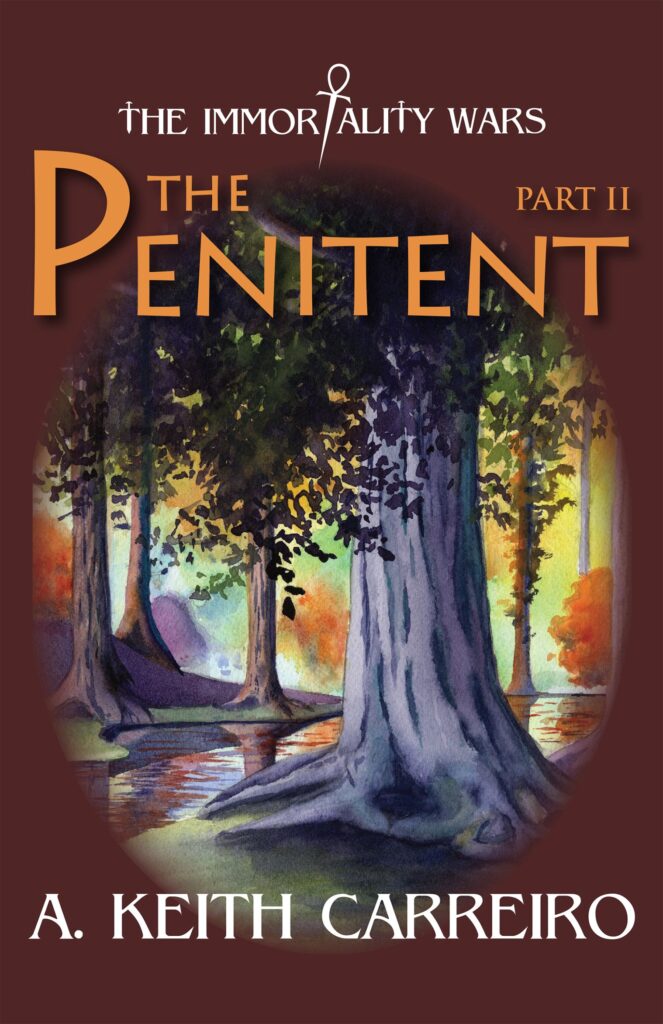 “Engaging characters star in this measured tale of spirituality.”

From the The Immortality Wars series , Vol. 2

“A teenager confronts adversaries with her newfound divine power in this second installment of a fantasy trilogy.

“Matthew Greatworth, a hermit living in the Western Isles, comes across an abandoned infant on a rural road. Seeing the child’s brutally murdered parents lying in a lane, he informally adopts her, names her Evangel, and brings her back to his forest home, The Refuge. When Evangel is still young, the hermit learns that God shows her things in her dreams. Apparent proof of this is her response when bandits abduct Matthew for the riches they believe he has. In saving her guardian, Evangel displays a “divine power,” which everyone, including the outlaws, sees as a miracle. Further miraculous events ensue after a friend at The Refuge disappears, and a search party can only hope to find him alive. Later, Matthew, Evangel, and some comrades visit a nearby priory, where they don’t exactly receive a warm welcome. Much more affable is a group of traveling knights who also stop by. Sadly, one of the priory’s sisters, evidently vexed by the knights’ kindness toward Matthew and Evangel, reacts in an unexpectedly ruthless manner. Carreiro’s sequel is deliberately paced. The author’s descriptive passages often linger on the environment, as with Evangel in a garden: “Birds flitted among the trees. A wide variety of hummingbirds zipped by her head and chased after one another in competition for nectar and dominance over the other.” There are instances of violence in the story, which has more than one scene of torture. But a sweeping theme of forgiveness shines brightly while the seemingly indestructible bond between Matthew and Evangel remains endearing. An extended dream/vision sequence at the end deftly ties this book to the preceding series installment and sets the stage for the trilogy’s conclusion.”

Tags: A. Keith Carreiro, Kirkus Reviews, The Immortality Wars, the Penitent
Previous post Review of the First Trilogy, “the Penitent” Next post Literary Titan Review: “the Penitent ‒ Part I”