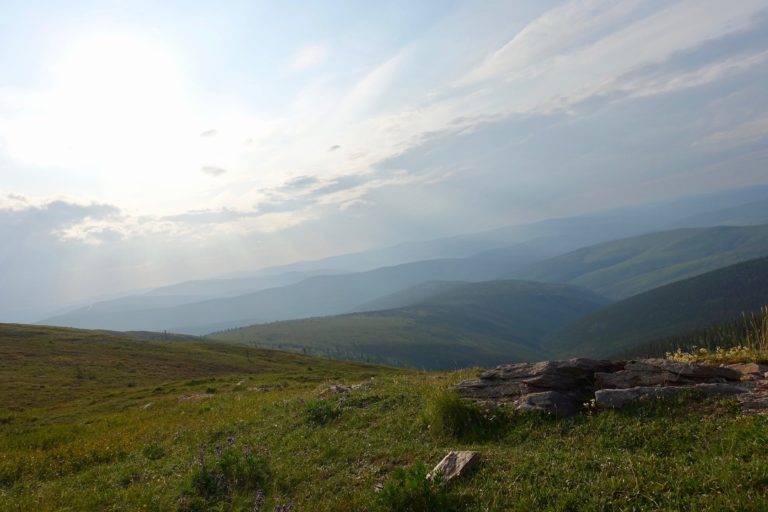 Ihave not written a post in a while. I have wanted to complete another article on Tony DePaul as there is a lot more I wish to write about him. Today, I have the opportunity to do so. Tony is an inspiration to me and a larger than life individual that one rarely meets.

This past February 18th, Tony sent me one of his comic scripts. It represents a week’s worth of a script for The Phantom and was published by King Features Syndicate, Inc., (August 1–6, 2016).

In this story, as described by Tony, “[T]he Phantom’s son, Kit Walker, is off to a secondary school in the Himalayas, where he’ll attempt to pass himself off as a student who spent two other lives at the school, in the 19th and 18th centuries.”

Along with sending me this script, he also sent six panels of illustration that is done by Mike Manley, about whom he says, “Mike’s a real pro, a fine artist first, that’s what makes him so great at comics art.”1

One of the reasons I find what Tony sent me fascinating is that one gets to see the writer’s script and how it has been interpreted through illustration, especially work that is created by some of the finest artists in their creative fields.

I had several questions for him regarding the interaction, even intersection, between writing the script and seeing it come to visual life. However, I have not asked him any of them as he is off on an unbelievable odyssey that started on May 20th. He has been riding one of his bikes called “the Piglet” to the Arctic Circle. 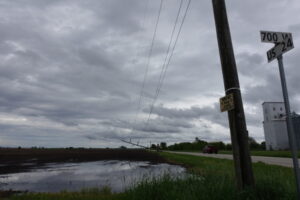 “I rode a stretch of US 24 in Indiana where the wind had toppled every utility pole for close to a mile. Some poles were snapped in half at ground level, some higher up. The one left standing here was the last one before the Illinois line. “[“The rainy, windy week that was.” Posted on May 31, 2019.]

To date, from Rhode Island, he wended his way through Wisconsin (June 3rd),

“Saturday night finds me in the northwest corner of North Dakota, hunting for a place to sleep… I ride until after dark and end up table surfing again, this time in a town called Kenmare. I’m in a deserted, nearly treeless campground on the main drag. It’s owned by the town, maybe always was, but somehow it has the look of a failed commercial venture. A guess on my part.” [“Wisconsin to Saskatchewan. Posted on June 3, 2019.]

Alberta and up over the Rockies (June 7th). 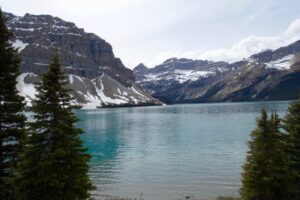 “I rode up through Banff and Lake Louise, and finally Jasper, where I cut west through the mountain passes on the Yellowhead Highway to make the final 75 miles to Bob and Janey’s place near Valemount, BC.” [“Up and over the Rockies.” Posted on June 7, 2019.]

Heading north on the morning of June 10th, 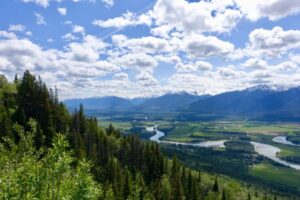 “McBride’s a nice town. I camped down there some years ago on a ride through this part of Canada.”  [“Headed north in the morning.” Posted on June 10, 2019.]

He reached Teslin Lake in the Yukon (June 15th) where he proceeded to take the Dempster Highway to Inuvik in the Northwest Territories (June 20th). 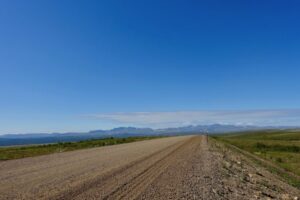 “A look back at the wet weather to the south of the Richardson Mountains. On this side the sky was that blue, the road that dry. [“The Dempster Highway to Inuvik, Northwest Territories.” Posted on June 20, 2019.]

Here, he rode to Tuktoyaktuk (June 25th) and arrived at Deadhorse on Prudhoe Bay, Alaska on July 1st.

“MADE IT north to Tuktoyaktuk a few days ago, an indigenous outpost on the Beaufort Sea ….  This is about as dark as it gets this time of year.” [“Deadhorse, Prudhoe Bay, Alaska.” Posted on July 1, 2019.] 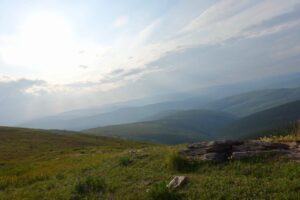 Deadhorse is only about 300 air miles west of Tuktoyaktuk, but it’s a 1,500-mile ride…
I caught the ferry over the Yukon River, rode west on the Top of the World Highway, crossed back into the states at Poker Creek, Alaska, population 3. Four while I was there. [“Deadhorse, Prudhoe Bay, Alaska.” Posted on July 1, 2019.]

At this point, he had spent “40 nights of sleeping on the ground” [“Deadhorse, Prudhoe Bay, Alaska”].

After Deadhorse, Tony wrote, “I rode 1,100 miles south to Homer, Alaska, an attractive little town on Kachemak Bay at the tip of the Kenai Peninsula [“So that was the Dalton Highway,” July 6th]. 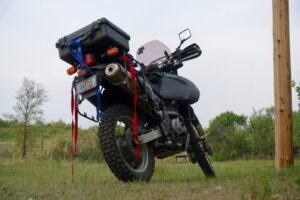 As of July 10th and still on the Piglet, he is returning home now; or, “wandering home”, as he writes about his journey back to New England.

Tony blogs regularly: “The Nickels of the Man”. I highly recommend reading it because it is stunning what he is doing as well as the caliber of writing that he is sharing with his readership about this adventure. I have copied some of the great photos he has taken on his ride here in this post.

Below are pictured four pages of the script Tony was kind enough to send me: 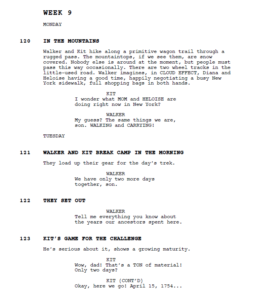 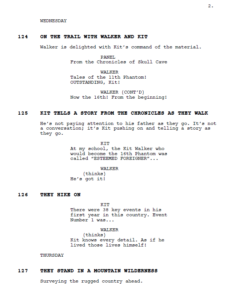 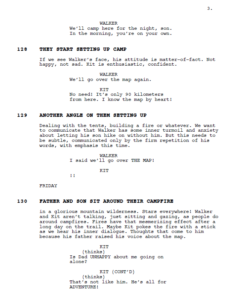 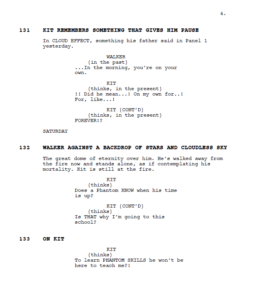 For comparison between the excerpted script and illustration of it, I have listed six panels of art by Mike Manley below:

The cultural impact of comics upon us is astonishing. According to David M. Kunzle (21 April 2017),2

“The newspaper strip and comic book have become arguably the largest and most influential iconographic field in history, with literally millions, perhaps billions, of discrete pictures produced since 1900. They certainly represent the dominant graphic mythology of the 20th century. Not even film or television can boast of reaching a third of humanity, as can the comic strip. By mid-century, more than 100 million Americans, young and old, educated and not, read one or more comic strips in their Sunday and daily newspapers.”

Back in February, I asked Tony what tools he uses to create comics and what makes them the right tools for him. He responded to this question as follows:

“All I need is a coffee pot and FinalDraft, the screenwriting software. I use it because I’m fast with it. And, as I said earlier, writing for comics is hard to distinguish from screenwriting. So many movies are basically comic books in how they see the world, how they define the characters, frame the action, the point of the action, how they answer all the who-wants-what questions, and why. These are movies not remotely associated with comics culture, but their narratives would be right at home in a comic. As for movies based on comics characters, those are generally beyond awful, in my opinion. You can’t tell them from video games anymore. I’ve stopped trying to watch them.”

I also asked him the following question:

What’s the best advice you’ve ever heard given to a promising new creator?

His response is golden and has, what I have become to know, a reflection of the DePaul take on life.

“Nada. I’m sure it’s been said somewhere but I’ve never heard it. I’ve never had a dime’s worth of good advice from anybody. Never any mentoring or anything like that. Consequently, the only advice I have to give is what I found out on my own: carry a notebook at all times. Use it.”

I hope you enjoy looking at these two creative works of literary and visual art. I believe they provide a rare glimpse into the process of storytelling at this level of achievement in comics.

1 Michael Manley is the editor of Draw.  Four more links are listed below about him: