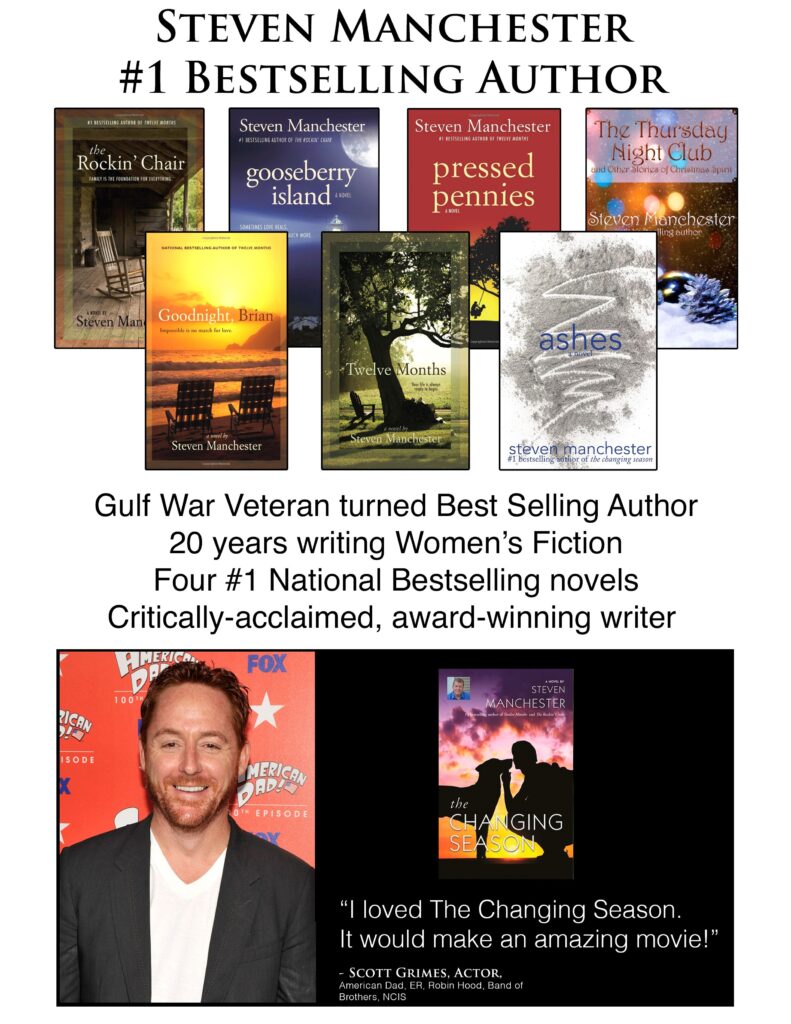 The central strength of a great storyteller is the ability to let what one knows, feels, and experiences about life shape the discourse of the narrative being fashioned out of one’s imagination, creativity, and purpose for telling it. The heart of such writing helps flavor storytelling with an appeal for the truth of the human condition. 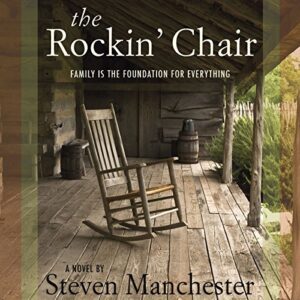 Romantic poet, William Wordsworth (1770-1850) wrote, “Fill your paper with the breathings of your heart.”

Perhaps by doing so this metaphorical allusion Wordsworth shares with us helps writers set the tone and timbre of their expression. It helps form the basis for writing something that endures, that lasts, and that brings readers back to such stories containing this fundamental understanding. Writing in such a fashion helps render the tale unfolding before the reader in ways that help invoke deeper interpretation and insight and enjoyment.

In the quote above, King adds his own unique, interpretive flavor to what lies at the center of writing, which enriches or supplies an abundance of value to it.

Stephen Manchester’s work demonstrates how words infused with this power of understanding create a lasting impression in the minds of his readers.

In my January 8, 2021 weblog post about Steve, I wrote, in part, about the beginning of his literary journey. Reflecting on this aspect of his writing, I think one of the most powerful influences on him was his grandfather. I asked him the following question: 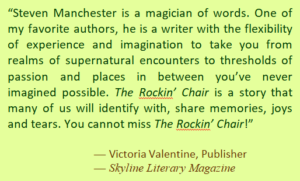 What was an early experience you had where you learned that language had power?

“When I was young, my grandfather was an amazing storyteller. Although he never put pen to paper, I was awed by the power of words—to make people laugh or even cry. I knew then that I wanted to be a storyteller too.”

I believe that Steve unerringly homed in on the power of words conveyed in a story. The structure, use, and sharing of stories all have an incredible effect on an audience, especially when told by a consummate storyteller. Almost two centuries ago, Hawthorne (1804–1864) said,  “Words: So innocent and powerless as they are, as standing in a dictionary, how potent for good and evil they become in the hands of one who knows how to combine them.” 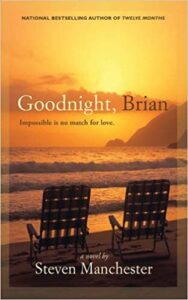 I also think that Steve was captivated and spellbound with words, so much so that mastering them fluently became a lifelong pursuit, especially in using them to create his own stories.

“She was fascinated with words. To her, words were things of beauty, each like a magical powder or potion that could be combined with other words to create powerful spells.”

“I know nothing in the world that has as much power as a word. Sometimes I write one, and I look at it until it begins to shine.”

Twenty–five years into his storytelling odyssey, he currently works as a disaster recovery manager. He has been in the military and experienced the brute force of armed conflict; he has also worked in our nation’s criminal justice system.

Steve has often shared with me heartrending and hair–raising moments he has experienced during the time he was working in the prisons. His love of telling stories has carried him through much of the wasteland of the human soul. However, instead of dwelling on the negative aspects of this condition, he illuminates the power of the human spirit in overcoming tragedy, hurt, and loss. Like Koontz’s character Laura Shane, there is beauty in the world and words help us achieve this realization of goodness operating and triumphing in life. 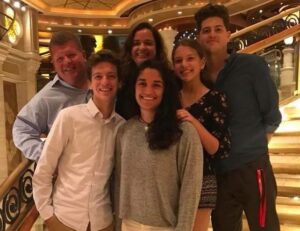 Time, for Steve, is his Kryptonite. He explained to me that he has enough ideas to last him a lifetime. However, “finding the time needed to produce my best work can be difficult to find. My family comes first. After that, I dedicate my time to my writing.”

What he has not added as well to this challenge of time is his incredible service to the literary communities around him as well as the giving of his time and expertise to our surrounding communities. He has expressed this notion of paying it forward as follows:

“Community service—especially teaching my children by example, is very, very important to me and it has been since my return from the Gulf War. I’m a true believer in Karma, and that it’s so much better to be kind than right. Every opportunity I have to help, I do what I can to take it. We’re all in this together. I live a blessed life. It would be insane for me not to share those blessings. It’s important for me to give back, and it’s the legacy I wish to leave behind.”

Such kindness can be observed in his volunteer work with the Joseph Case High School Theater Department in Swansea, Massachusetts. I contacted Mr. Neil Jeronimo, the Director of Theater at Case High. I asked Neil four questions about his working with Steve. Here are Neil’s responses below: 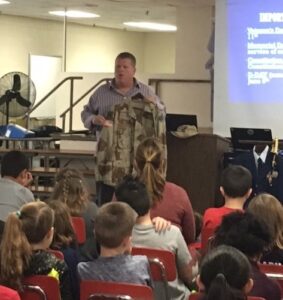 (1.)   What impact has Steve’s work had on Case High and the students there?

“Steve Manchester has made a huge impact on my life and the students of Joseph Case High School. His diligence, success, and courage to follow his dreams inspire me. in 2018 when Steve wrote our competition piece, the students were able to have a role model who not only is an artist but is a successful one.”

(2.)  Can you share with me some of the history of his work with you, such as when he first began working there, the plays/shows he helped create?

“I had the privilege to work with Steve on my 2018 competition piece for the Massachusetts Educational Theatre Guild. He wrote, the Case High Theatre Company, a play called

Everyman, a Modern Adaptation. This festival show was wildly successful throughout the state. His show was also chosen for us to perform at the New England Festival level.” 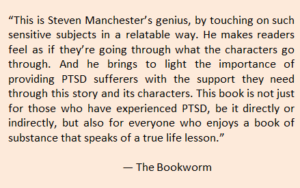 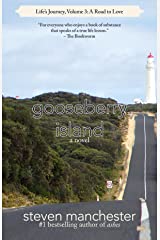 (3.)  What are some of his strengths in working with the Case High Theater Department?

“In his creative writing, many well diverse characters are developed. In Everyman, a Modern Adaptation, there was an array of three–dimensional characters which really furthered the plot and kept the audience entertained and moved. Steve is also extremely relatable and was able to connect with the students at Joseph Case High School.”

(4.)   Will Steve be doing more collaborative work there?

“I hope in the near future, once this pandemic subsides, Steve and I can get together to draft out our next theatrical endeavor. I am eternally grateful for everything he has done for me and the Case High Theatre Company.”

I was fortunate enough to attend one of the performances of Everyman. I was amazed at what Steve, Neil, and the Case High Theatre Company accomplished. I thought it was brilliantly done. I was even more amazed at Steve’s writing versatility. I discovered that not only does he write fiction and nonfiction at superlative levels of accomplishment, but he extends that capacity into playwriting.

He adapted a late 15th–century play, The Somonyng of Everyman (referred commonly to as Everyman) to modern, 21st–century sensibilities. This level of literary attainment is unusual because Everyman is a morality play. It is not a play that resonates easily with any modern audience today. It is steeped in a spiritual language common to the awareness of those living during the dawn of the Enlightenment. Like John Bunyan’s (1678) Christian novel, The Pilgrim’s Progress, Everyman uses allegorical characters to help examine the question of salvation and what people must do to attain it.  Bottom line: the play presented by Gen Z teens was crisp, lively, funny, to the point, thought–provoking, and enjoyable!

I also talked with George Austin and asked him for his thoughts about Steve’s volunteer work. George currently runs a Facebook page entitled “The Somerset Sentinel,” which covers local news. He also hosts a talk show on Somerset Access Television in which he interviews people from around the town as well as hosts guest appearances. George shared with me that the show is “kind of like a late–night show format, except I don’t do a monologue.” 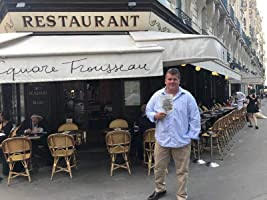 For 23 years, George was the editor for the area’s weekly newspaper, The Spectator. His service to Somerset and the surrounding communities is legendary. He is unanimously and overwhelmingly given the highest regard by all. I couldn’t have asked a better person for his viewpoint of Steve’s work.

“Steven Manchester has had a significant impact on the culture of greater Fall River and beyond. In a lot of his books, he uses settings or places from the local area. Through his novels, his screenplays and a holiday podcast, he provides the type of storytelling that entertains, educates and inspires people. In his books, he has touched on such topics as the Gulf War, post–traumatic stress syndrome, what it was like to grow up in the 1980s, the Christmas spirit, faith, and many other topics.

“Steve has also used his writing to help people. He helped a Swansea child write a book about autism and also had another child with autism do the illustrations for one of his books. But that is in Steve’s nature. He also organizes fundraisers every year to help different causes.

“Brian Fox, a nationally–known artist, has also worked on illustrations to go with Steve’s work. For someone like that to take time out of his busy schedule to contribute to Steve’s projects, also says a lot about the quality of the author. 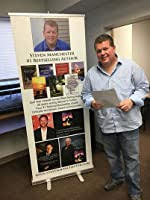 “As a news writer who writes shorter articles by researching information, interviewing people and going to different meetings or events, I marvel at the creativity that Steve and so many other novelists like him possess to be able to produce a book. When you talk to him, he sounds like a storyteller.

“Steve puts so much effort into his books. He has won a lot of awards, But as I tell him every once in a while, one day I would really like to see him on the New York Times’ best sellers list. He deserves it.”

There is a constancy of purpose, a faith, which runs through Steve’s sense of being. It is in his writing, it is in his love of family, and it is in his civic engagement.

Responding to a question about the kind of advice Steve would share with new writers (2013 interview given by Adele Symonds), he provides five thoughtful suggestions for their consideration, which reflect this sense of mission:

Steve’s faith in God radiates throughout everything he does. That ethos, bathed in such a hard–won belief, helps transcend his stories into deeper levels of meaning. The force of his stories affects people profoundly. He has become an inspirational wordsmith—a visionary teller using legend and symbol in grand fashion.

I look forward to hearing from you.

“Take TEN with Steven Manchester, Author of THE MENU”, by Cyrus Webb.