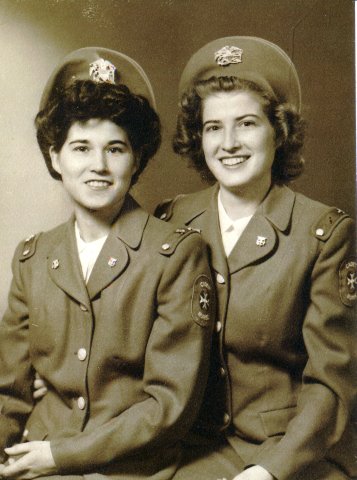 In my first blog, I wrote about the resolution I made to myself in compiling together and updating all of the poetry I had written to that time (1965-2014). Doing so helped me establish a regular and daily regimen of writing, tapping into my memory and looking back to the mid–sixties when I first began to set down my thoughts in poetic form.

I’m not sure now what attracted me so much to this literary form. It seemed that crafting and writing a poem had a more immediate and satisfying result because the act of artistic creation was more easily realized than writing a prose story. Yet, now that I re–read the last sentence here, I think writing short stories could have been just as easily done.

My love of music was then, and remains, so passionately within me that I think the rhythms, inflections, thematic structure, phrasing and even images seen internally were all equally found in writing poems. There is a similar lyricism and tonality felt in being in the company of music as it is in being in the presence of poetic power. Listening to it internally spring forth and transcribing it from the heart to composition paper, or directly onto a musical instrument, is quite comparable in doing the same with a pen or pencil when transcribing one’s poetic vision onto a blank piece of paper. I found wonderful comfort in writing poetry.

Please know that I make no claim for being gifted in either music or poetry. I was just so overwhelmed by the beauty and potency of both arts, I couldn’t help but participate in them even it it only were just for the sheer joy of using my imagination. While both forms were deeply enjoyable at such levels of creation, they also had their daunting challenges.

It is one thing to experience an image and feeling of an idea for a composition or poem. Inspiration like that can be implicitly crystalline clear. Turning that idea into reality is always impossible because its clarity in the mind isn’t the same when it is placed on paper. The hope is to make it ring as clearly true to the original notion, so that what is poured out into reality is as close as to what is internally seen, felt and perceived.

Most of the poems were short in length, being less than a page. Some were two pages long. Only about a half–dozen or so stretched into four, five and six pages. In updating the longer poems, I spent days in re–crafting them so that they moved at a pace, sound and feeling that matched the mood of their respective stories.

I worked on one poem that stems from a fictional author giving an address to his peers at his retirement party. Apocalyptic in spiritual prediction, the statement is also one he used in a keynote address at an international symposium of scholars in international politics, philosophy, art and religion.

In updating this composition so that I could read at least parts of it to an audience, the notes added ran another fifty–two pages. The research on its background was a joy to do. I spent hours on it, every one of which passed so quickly by because my absorption in working on it was so complete.

A dear friend of mine is a member of the Norton Men’s Book Club. Members meet monthly, mostly from September to May throughout the year at the Norton, Massachusetts Public Library. He shared with me that one of the recent books they had read was Hunting Eichmann: How a Band of Survivors and a Young Spy Agency Chased Down the World’s Most Notorious Nazi. It is written by Neil Bascomb.

I had read this story when it was first published in 2010. My friend’s depiction of the lively discussion he and his colleagues had at the library about this book motivated me to read it once more. One of the most striking of stories Bascomb tells in Hunting Eichmann is that when the allies liberated the first Nazi concentration camp at Ohrdruf, Germany on April 4, 1945, General Patton was so sickened by what he saw that he vomited against a wall of one of the camp buildings.

The one individual who so fully epitomized war, and who was called by his men “Bandito” and “Old Blood and Guts”, lost his physical composure over the sickening sights of Nazi brutality. At General Eisenhower’s insistence and command, many of his officers were present at this scene of inhuman carnage, including allied reporters. Eisenhower wanted to be sure that what they had encountered here and so palpably witnessed was reported to the world.

I was raised by men and women of World War Two. I was, and still am, in awe of them. I am amazed at what they experienced, and at what terrible sacrifices they made to wage war abroad and at home, as well as the grievous times in which they lived. I feel a deep debt is owed to them as a result of what they faced, lost, accomplished and won . . .

Thank you! That means a lot to me.

Yes, very powerful and moving. I can’t wait for Part II.
BTW, your mother and aunt were very beautiful women.

Thank you, Robert, for reading this blog entry. I am glad you liked it!

Wow dad I’m so glad you have discovered this new way to share your writing with the world, it really is fantastic to see you doing what I think you were born to do; WRITE! You have tremendous talent and the perfect voice for this technology, way to go!

Thank you! It feels good to write. I just hope other folks think well of the writing, too!